Welcome to AEE Events Sites. This is your first post. Edit or delete it, then start writing!

Who You Will Meet

Experts will take the stage to share successful case studies, projects, business practices to meet sustainability goals, and how to get capital for your planned projects. 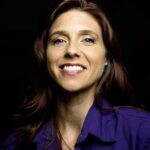 Sequoya Cross oversees the company’s operations and growing global network of partners, distributors, and installers, as well as managing a portfolio of energy storage and microgrid projects. Prior to joining SimpliPhi Power, Mrs. Cross served as CEO of two solar companies and has managed operations and supply chain for distribution and manufacturing of clean energy technologies within the renewable energy sector. Sequoya was also VP of Operations for AEE Solar. 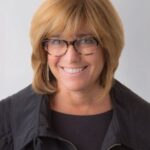 Pamela Frank, Vice President of Gabel Associates, has more than 20 years of experience in sustainability issues and the renewable energy industry. A common thread in her career has been her involvement in “starting up” disruptive movements and markets – from her creation of GreenFaith, an innovative not-for-profit that inspires, educates and mobilizes people of diverse religious background for environmental leadership, to being part of the Executive Team of Sun Farm Network, a solar development company that sold some of the country’s first power purchase agreements for solar in the early 2000s.

Continuing that theme at Gabel Associates, she supports the firm’s efforts related to the development of advanced technology, renewable energy, and energy efficiency projects. She also supports regulatory, policy, and analytical activities for these markets.

Ms. Frank has served as a key stakeholder in the development of the solar energy market in New Jersey, which is considered one of the largest, most innovative markets in the nation. Since 2004, Ms. Frank has served on the state’s Renewable Energy Task Force, the policy body that has shaped solar development in the State. She worked closely with the New Jersey Board of Public Utilities, legislative leadership and the Governor’s Office for the successful passage of the Solar Advancement and Fair Competition Act of 2010, including building a diverse coalition of non-industry stakeholders to advance advocacy. 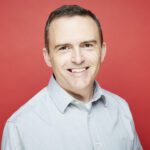 Gerry directs the Facilities Energy Management department at Stanford University, which includes the operation of the campus Facilities Automation Center and oversight of the University’s energy efficiency programs. Gerry ensures that buildings and associated processes are operated efficiently and that new facilities incorporate best practices for energy use. Gerry holds a B.S. in Mechanical Engineering as well as an M.B.A. from Santa Clara University. He is also a registered professional engineer in California. 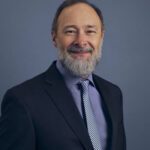 Duane joined Tri-State in 2019 and has 36 years of experience with cooperatives. Previously serving as President/CEO for Arkansas Electric Cooperative Corp. (AECC) and Arkansas Electric Cooperatives, Inc. (AECI), he led an organization that provided reliable, affordable, responsible power through 17 member systems to 1.3 million consumers. Duane serves on the Southwest Power Pool Members Committee and serves as Co-Chair of the Electric Subsector Coordinating Council (ESCC), coordinating security efforts between electric utilities and the U.S. Government. 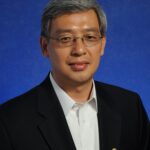 Zhihua Qu received the Ph.D. degree in electrical engineering from the Georgia Institute of Technology, Atlanta, in June 1990. Since then, he has been with the University of Central Florida (UCF), Orlando. He served as the Chair of Electrical and Computer Engineering Department (2010-2021 and 2009-2004). Currently, he is the Thomas J. Riordan and Herbert C. Towle Chair and Pegasus Professor of Electrical Engineering, and the Founding Director of RISES (Resilient, Intelligent and Sustainable Energy Systems, a university research center at UCF. His areas of expertise are nonlinear systems and control, with applications to energy, power systems, and autonomous vehicle systems. In energy systems, his research covers distributed energy resources, dynamic stability of power systems, microgrid control, distributed generation and load sharing control, distributed VAR compensation, distributed optimization, and cooperative control. He is serving as an inaugural member of Engineering Leadership Multi-Section Alliance’s Standing Council, and IEEE CSS liaison to IEEE Smart Grid Steering and Operational Committees.
Close

Hugh Douglas Sansom is the Distributed Energy Resource Origination Director at NRG where he develops customized solutions for NRG and other North American utilities and large Commercial & Industrial (C&I) customers. He has been an employee of NRG since 2015. He leverages more than 30 years’ experience in sales, operations, and project management. His experience is in smart grid and Demand Response business development and project deployment. For example, he managed sales and field operations to deploy 550,000 remote control demand response devices with Pepco Holdings, Southern Maryland Electric Co-op, and Central Hudson Gas & Electric. Doug earned a Professional Engineer license from the Commonwealth of Virginia in 1984.